The five claim, 1002-hectare Jean Lake Lithium and Gold Property is situated in west-central Manitoba, 15 kilometers east of the historic town of Snow Lake. It is hosted by the Early Proterozoic (1.832 Ga) Rex Lake Plutonic Complex which is a circular intrusion 8 km in diameter. The property hosts the historic west-northwest striking Beryl lithium pegmatites rediscovered in August of 2021 in blasted trenches beneath 80 years of organic deadfall and glacial sediment. The 270-degree trending dykes are characterized by coarse grained light green spodumene crystals in a matrix of potassium feldspar, quartz, and muscovite. The host rocks are coarsely porphyritic gabbro. The property also hosts the shear zone-hosted Sparky Gold Occurrence discovered in 1918. The gold mineralization is associated with disseminated and near-solid fracture fillings consisting of fine-grained to blocky arsenopyrite with lesser pyrite and chalcopyrite hosted within sheared and silicified massive basalt and gabbro.

The location of the Beryl Pegmatites (“B1” and “B2”) is illustrated on a Jean Lake claim map in Figure 1. B3 is a pegmatite without visible spodumene.

Samples were shipped to Activation Laboratories in Ancaster (Ontario) for analysis, applying the UT-7 method which uses a total dissolution of the sample by sodium peroxide fusion and ICP-MS finish. This analytical approach is the standard analytical technique employed by the Company on its Zoro and Jean Lake lithium projects for the analysis of pegmatite.

Results indicate all samples returned high-grade lithium contents regardless of the textural characteristics of the spodumene (Table 1).

Fifteen representative rock chip samples from the Sparky Occurrence returned assay results with maximum contents of 20.9 g/t gold (Table 2). All but one sample exceeded 1 g/t gold. Grab samples representative of mineralization exposed in outcrop and in pits were collected from pervasively silicified wall rock containing brecciated and mineralized quartz veins. The deformation observed in the rocks sampled is attributed to faults cutting the eastern portion of the Rex Lake Pluton which is bounded on the east by the crustal scale Crowduck Bay Fault.

Laboratory contamination was not detected in the analysis of the samples based on the replicate analyses of the method blank. The analysis of both internal standards and International Reference Materials indicates the analyses are accurate and reproducible.

Ongoing exploration consisting of prospecting and geochemical surveys is planned to commence in June, 2022 utilizing the results from recently completed (April, 2022) drone-assisted magnetic surveys.  The drone surveys were completed by EarthEx Geophysical Solutions Inc. Drone-assisted LiDAR surveys are planned for the summer of 2022. 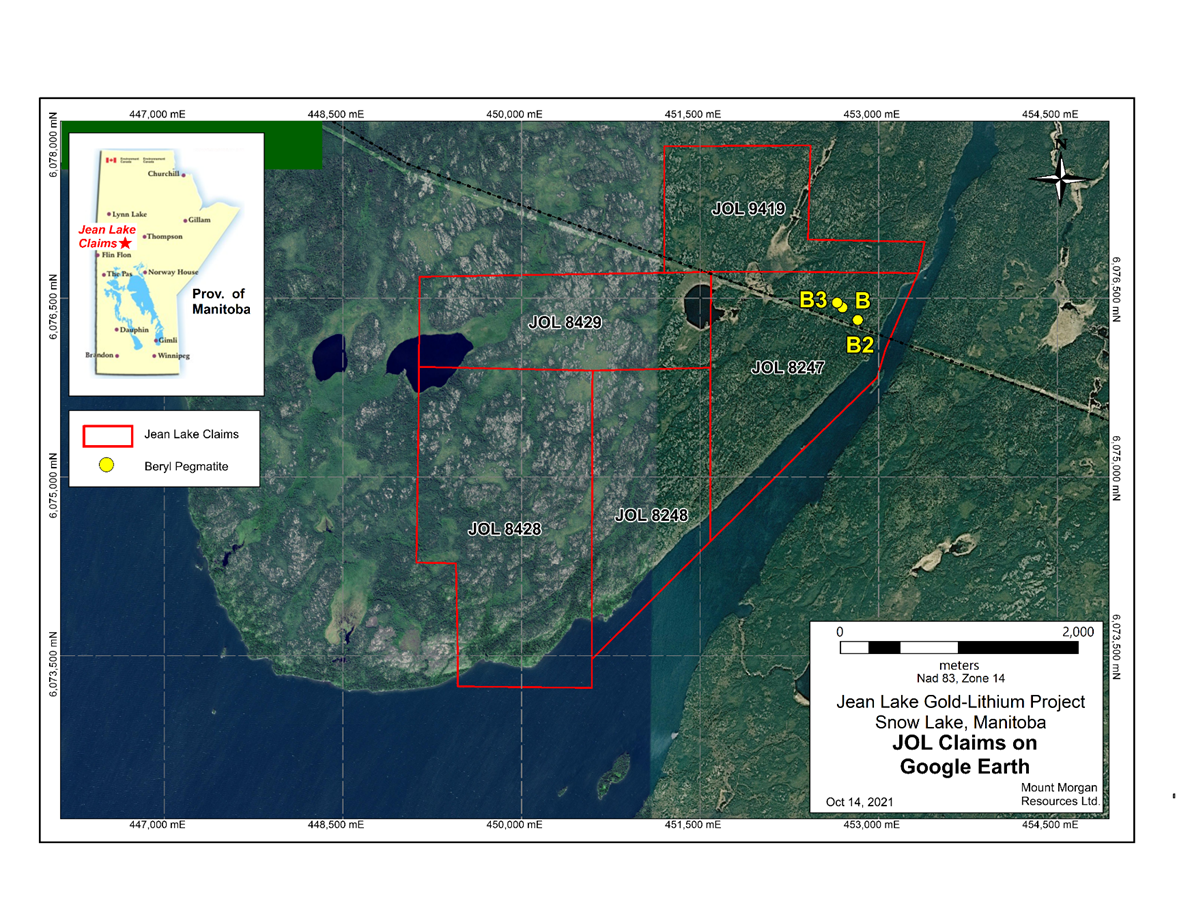