Foremost Lithium increased its lithium and gold footprint by acquiring the option to earn a 100% interest in the Jean Lake Lithium-Gold property located in the mining friendly town of Snow Lake, an historic center of exploration and base and precious metal production . The property consists of five claims and spans 2500 acres in the eastern portion of the Proterozoic Flin-Flon-Snow Lake greenstone belt of the Canadian Shield, an area known for hosting world-class gold, and gold-rich base-metal deposits and for the development of lithium resources. 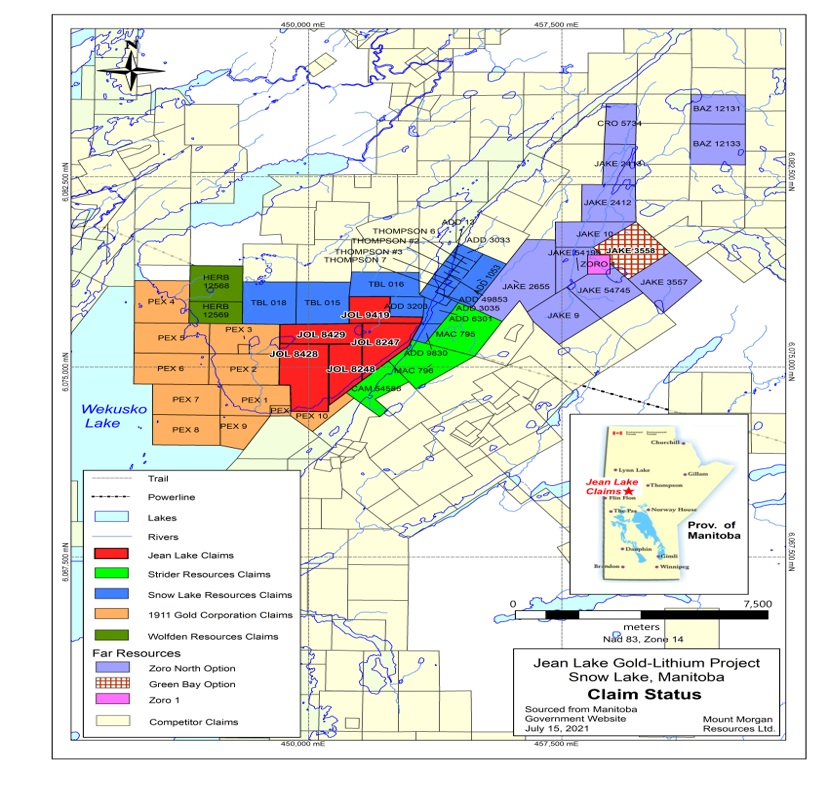 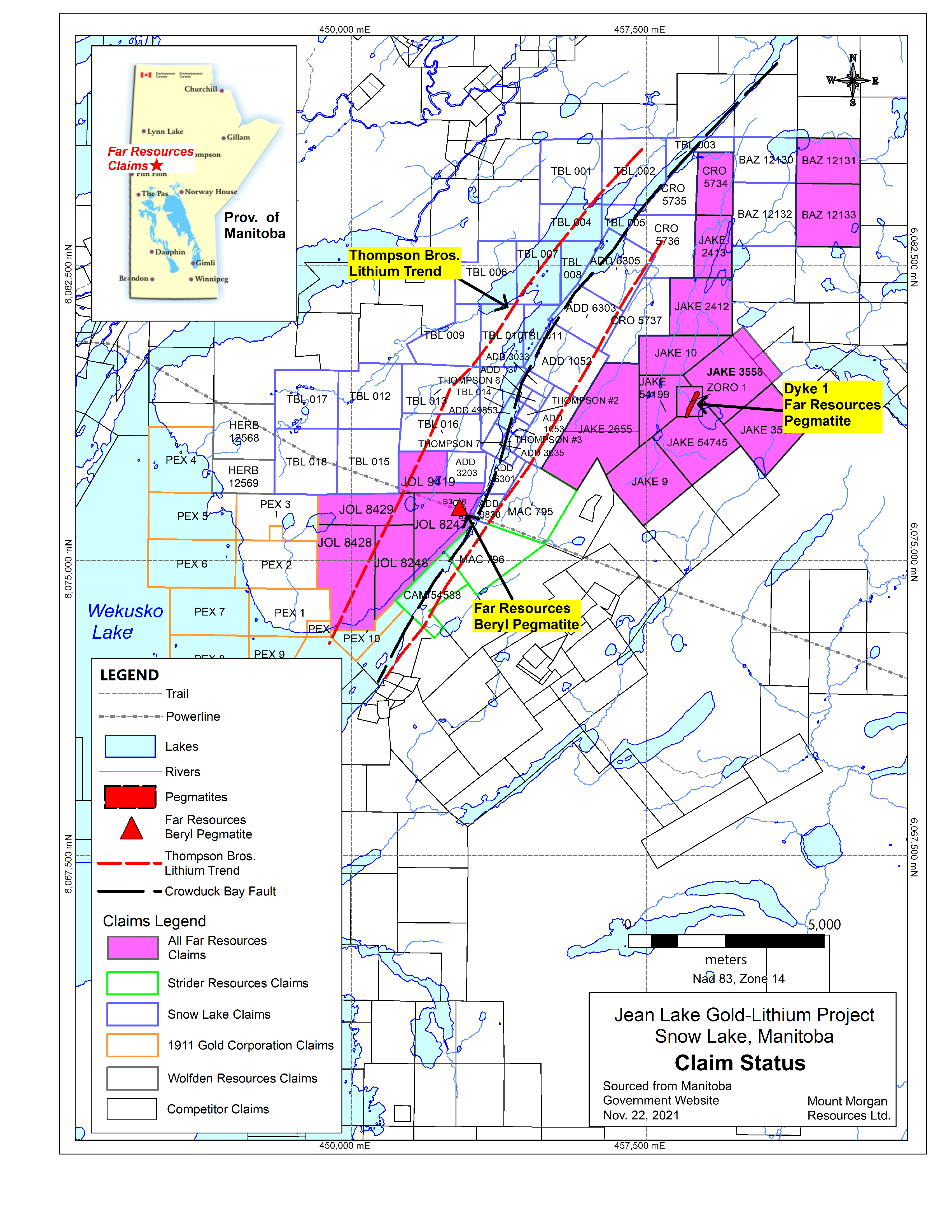 The property is bound on the east by the Crowduck Bay Fault and further to the west by the Berry Creek Fault. Both faults are crustal scale structures that can be traced for greater than 50 km. The Jean Lake property is situated along the “Thompson Brothers Lithium Trend (TBL)” where Snow Lake Resources Ltd., has announced:

The figure below now showing Snow Lake Lithium's SG and GRP spodumene pegmatites as per their disclosed interim drilling results from March 10th, 2022. There are multiple features which appear to connect the known pegmatite dykes and interpreted lineaments on both properties. 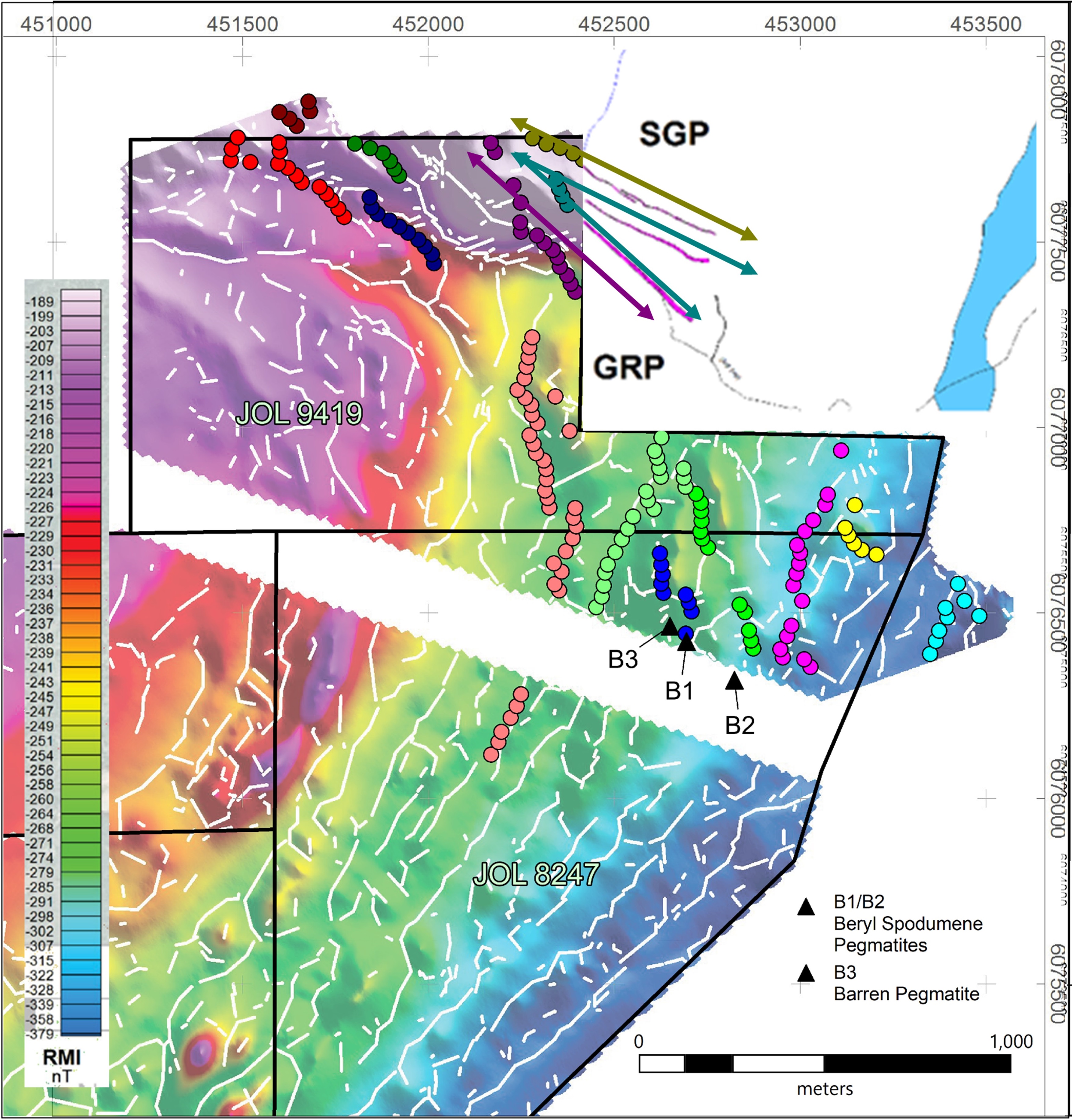 Jean Lake remained unexplored since 1942 until Foremost Lithium began exploration efforts in the late summer of 2021. Recently the announcement of an approved grant of $300,000 by The Manitoba Mineral Development Fund ("MMDF") has provided funds and thereby stimulated exploration on the property with the commencement of UAV-assisted magnetic and LIDAR surveys. These surveys will provide a database to follow-up on the re-discovery of the historic Beryl lithium pegmatite in August 2021. Rock samples from what appears to be two separate pegmatites along the Beryl Pegmatite Lithium Trend (“BLT”) assayed high-grade lithium. These high-grade assay results included 3.89 Li2O% to 5.17% Li2O% in five samples and continues to cause great excitement in the investment community for the commencement of a drill program.

Historic gold exploration on the property had indicated the presence of high-grade gold mineralization. Rock chip sampling between August and September by Foremost Lithium’s prospecting team confirmed the presence of this gold mineralization with assay results of up to 20.9 g/t gold. Of 15 assay samples only one was less than 1 g/t gold. This confirmation of notable gold potential brings significant value to the property in combination with the lithium. Is a silvery-white metal, relatively soft with a low-density and can be used in gears and cogs particularly in the aviation industry, and communication satellites.

The name "Beryl" pegmatite for lithium dykes on Jean Lake was given to this dyke or trend because of the association and presence of the mineral beryl in the pegmatite. The potential for the economic viability of beryllium enhances the value of the Jean Lake property.

QP Statement:
"The scientific and technical information contained in this web page has been reviewed by Lindsay Bottomer, P.Geo., who is a Qualified Person under National Instrument 43-101, Standards of Disclosure for Mineral Projects."